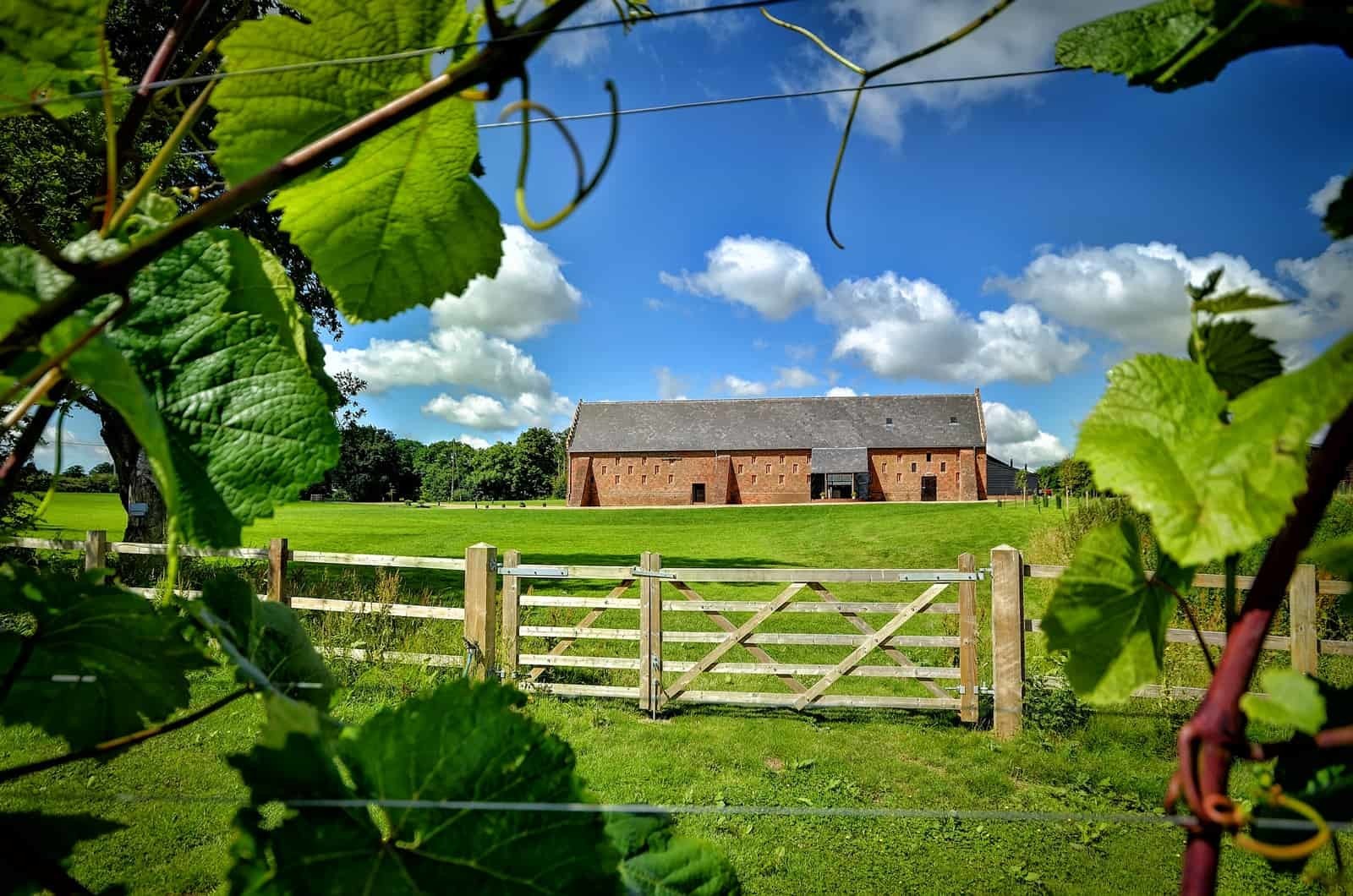 Bought in 2012 from Suffolk County Council, we wanted to recreate the glory of this magnificent all-brick tithe barn, built in 1570, and open it up for all to see.

From the moment we saw the Elizabethan barn from across open fields, we both shared a vision of running our own weddings and events business while balancing family life with our three children and Bokkie, our cocker spaniel, in the beautiful Suffolk countryside.

The barn was given Grade II-listed status in 1955 and a large amount of our renovation work was sourcing materials and building methods to create and equip a modern venue while retaining all the historic features that makes it so unique. For more detail, see our refurbishment blog at copdockhall.wordpress.com.

Copdock Hall dates back to the second half of the 16th Century and is thought to have been built by Ipswich merchant William Spenser, probably to collect tithes (payments in kind from members of the parish). However, no doubt by its grandeur, it was built to impress visitors and neighbours, standing proud on one of the area’s highest points. It was once described by Nikolaus Pevsner, a noted architectural scholar, as ‘spectacular’.

William Spenser’s daughter married into the Foster family and the house remained in the family for three generations until it was lost by Henry Foster, who was a Catholic recusant (someone who was penalised for not attending Anglican services). The estate was taken over by the Bedingfield family, making it part of the vast Walsingham estate in Norfolk. It stayed there, being tenanted out to various families, until the early 1900s.

In 1882, the site and barn featured on the first edition Ordnance Survey map.
The ‘Copdock Estate’ including Copdock Hall went up for sale in 1919 and was bought by Suffolk County Council. After the First World War land was bought by county councils to offer employment to ex-servicemen. The barn remained part of a tenanted farm until 2012.

If you are looking to plan your wedding or event, please call us today on
01473 730906 or email events@copdockhall.com for further information or bookings.